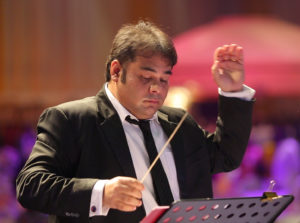 “Music, Faith, and Family is everything to me. I enjoy learning, teaching, performing and sharing music. My wife Sudeshna and I love to explore the World, we are avid travelers.

I am currently working on a few very interesting International projects, composing original chamber music and symphonies for some amazing orchestras and talented artists.”

Michael Makhal (ALCM) is a Western Classical Violinist, Conductor and Music Composer from India. He is an Associate of London College of Music – the University of West London in Music Literacy (Music Composition). Michael has studied Orchestra Conducting with Italian Pianist, Composer, and Conductor Maestro Alessandro Viale at the Luci Della Ribalta International Festival in Narni, Italy from 2016 to 2018. 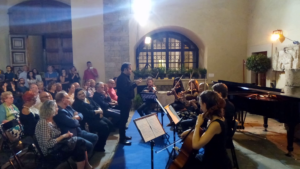 Michael is the founder of the Indo-European Chamber/Youth Orchestra, which is probably the first Indian Western Classical Music Orchestra to perform in Europe. The Indo-European Orchestra created performed in Budapest, Hungary at the Danube Palace on 18th August 2019 creating a historic moment for India.

Michael was born in a musical family in Kolkata. Ananta Makhal, his father, was an eminent Violinist and the Conductor of the Calcutta Chamber Orchestra and OM Orchestra. Michael also works in the Indian Film Industry, plays Violin, Composes Songs and Soundtracks for Movies. Michael is currently composing Chamber Music and Symphonies for International artists and Orchestras in the USA and Europe.

​Michael’s notable success came as a Western Classical Music Composer when he won the selection of representing the Indian Commission at the Commonwealth Games 2014 as a Composer. He has been chosen by ‘The Scokendia Ensemble’ (Glasgow Cultural 2014) through an International contest and commissioned professionally to compose/write a fresh piece for the ensemble, which he named The Spirit of India and had been performed during the Commonwealth Games 2014 at Glasgow – Scotland in several venues, having its World Premiere at the prestigious Stevenson Hall on 25th July 2014. 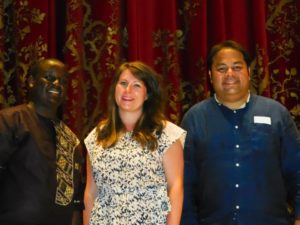 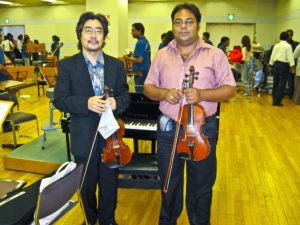 ​In 2012, Michael formed his Grand Symphonic Orchestra for public and private events, which is among the very few professional collective orchestras in India and probably for the first one to be available for all kind of private and public events with a repertoire ranging from Western Classical to Hollywood Themes, Pop to Fusion as well as Bollywood and South Indian Film Symphonies. The ‘Michael Makhal Symphony Orchestra’ has been performing around the country in esteemed private concerts, also in abroad – performed at Atlantis Ballroom, The Palm Dubai- UAE. Michael’s objective is to make Symphonic Music fully accessible to the music lovers in India.

​As a composer for original music in films, Michael did quite a few projects, but his recognition came when Indian filmmaker Jennifer Alphonse’s short film ‘Strangerssss’ got selected at the Cannes in 2014 for World Premiere, which was scored by Michael. Well, known Indian actor, Pitobash Tripathy did the male lead, film actress Nesa from Russia did the female lead. The film received a number of national and international awards since 2014.

Michael is also an avid traveler, he often travels International with his wife Sudeshna and they run a popular travel blog/website called Bonjour Zindagi.​